September 22, 2016
Let's put a nice bow on this vacation recap that has taken far too long to compete!

In summary, here are some my “best of” type things and a few final thoughts on my Black Hills/eastern Wyoming excursion:

I can’t narrow this down to just one. Every day was fun, every place I went to was different in its own way, and I would happily visit them all again. If forced to decide, I would have to call it a tie between Devils Tower and Wind Cave National Park.

My day at Devils Tower was simply outstanding. It is such a strange and interesting location, worth it for the scenery alone. And I loved it that I found a place that offered some solitude away from the crowds to enjoy the sights, birds, and animals and soak everything in. The weather was perfect, too. A fantastic day, for sure.

My impression of Wind Cave was that a lot of people go there just for the cave, but the hiking trails seemed almost a little underappreciated. Unlike Custer State Park to the north which was fairly crowded with a lot of traffic (even during an “off season” weekday), I felt like I had a lot of Wind Cave to myself. The Canyon Trail was a beautiful hike, and the view from Rankin Ridge simply outstanding. I loved this place.

I enjoy being surprised and stumbling into places that turn out to be a lot more interesting and enjoyable than originally expected. For me, that was the D.C Booth Historic National Fish Hatchery and the western side of the Black Hills in eastern Wyoming. D.C. Booth had some cool old buildings around the trout ponds and was an unexpectedly good birding location. And Eastern Wyoming was far more beautiful than I thought it would be.

In all, I got to see 23 birds that I had never seen before, which was really fun. So much out there was exciting and new, and it is hard to single out just one favorite bird from the trip. (Disclaimer: there are probably 100+ birds that I would say are my "favorite birds," so take this for what it's worth!)

The American Dipper and the Clark’s Nutcracker were probably at the top of the list not only because of their uniqueness, but also the serendipitous ways I found them (Dipper recap here, Nutcracker recap here). The Canyon Wren was also outstanding. Hard not to love the Black-billed Magpies, too. Birds are cool.

The dining options in the Black Hills region seem to be geared toward family dining. And rightfully so in a touristy area, I suppose. I guess what I am saying is don’t go to Custer expecting to find great a great Thai restaurant or anything like that. If you are into burgers, beef, and buffalo, you are in luck! A couple of places I dined at were pretty marginal (one should probably avoid a restaurant with a “For Sale” sign out front, yes?). That being said, I did find some really good food.

If I had to pick my very favorite meal of the trip, it was probably the one at Guadalajara in Spearfish. Everything tasted homemade; fantastic enchiladas, and the duo of salsas were delicious. In a close second place, the Dakota Cowboy in Custer served up a downright tasty burrito in a very unexpected setting. Our Place in Custer was hands down the best breakfast I had in the Black Hills. Hat tip to the Purple Pie Place in Custer for outstanding ice cream, too (now I am wishing I would have tried their pie!).

Since this is supposedly a running-oriented blog, I should mention that I did go running exactly once while in Custer. I wasn’t really planning on running since I would be hiking a lot every day. But I learned that the George S. Mickelson Trail goes right through Custer, so it would have been a shame to have passed up the opportunity. The trail is a former railroad bed turned into a crushed limestone trail for hiking, biking, and such. They host the Lean Horse 100 on the trail for you ultrarunning aficionados. It was a very nice trail, and I had a beautiful day to run, so getting to run in South Dakota was a really enjoyable experience.

I don't profess to be any travel expert on this region, but these are just a few random thoughts and observations following my visit.

The week after Memorial Day appeared to be a good time to go to the Black Hills. I managed to get some better hotel rates and advanced booking discounts since this was not considered the prime tourist season. While some of the major attractions like Devils Tower and Custer State Park had a fair number of people visiting, many of the other places I went to were not at all crowded, a few almost desolate.

I touched on this in an earlier post, but I was glad I did not plan a very strict agenda. Flexibility is a beautiful thing, and nothing in the Black Hills is close to anything. For instance, I vastly underestimated my time when visiting Custer State Park, so it was good to have a relaxed agenda. The park is huge and most roads are twisty and slow with 25 to 35 MPH speed limits, so you can’t exactly zip down to the southern end of the park from the north, if you catch my drift. Just something to be mindful of when planning your days out there.

Unlike Minnesota, South Dakota laws allow great craft beer to be sold in just about any gas station. Shout out to the hotel clerk who informed me of this when I couldn’t find a listing for a traditional liquor store in Custer! :)


That pretty much wraps it up, folks! Thanks for following along on this journey. I'm already getting excited for the next destination vacation. Time to start planning...
Birding Black Hills Devils Tower Restaurants South Dakota Travel Wyoming

Popular posts from this blog 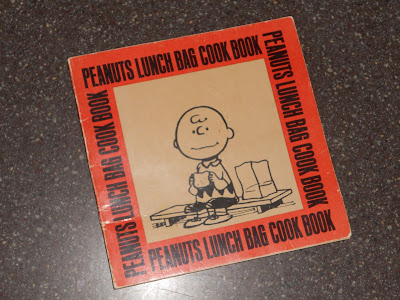 In celebration of the 20th Cookbook Challenge, it's time for us to delve into something more obscure!  Digging deep into my cookbook archives, I decided to make a recipe from the Peanuts Lunch Bag Cook Book.

Of course, everyone knows the comic strip, Peanuts.  I've always loved Charlie Brown and the gang.  Longtime readers know I had the opportunity to play Charlie Brown himself in my high school's productions of "You're A Good Man, Charlie Brown" and "Snoopy! The Musical."  I even wrote an angry letter to a local TV station in 2006 when they preempted "It's The Great Pumpkin, Charlie Brown" to broadcast a political debate between some candidates for the House of Representatives.  What can I say?  I'm a loyal fan.  It would only make sense that I have a cookbook featuring this great cartoon.

The book was originally published in 1970 by Scholastic Book Services.  It is very small, almost a pamphlet.  I procured it in elementa…
Read more 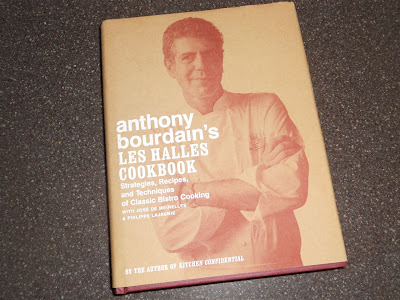 This time on the Cookbook Challenge, we head to France.  My latest culinary adventure had me cooking from Anthony Bourdain's Les Halles Cookbook.

Bourdain is, of course, the author of the popular memoir Kitchen Confidential.  In the last decade, he has become a true celebrity in the foodie world, currently the host of No Reservations on the Travel Channel (but not for long - he is soon to be moving to a new show on CNN).

I first became familiar with him on the Food Network series, "A Cook's Tour."  This short lived series really laid the groundwork for the "No Reservations" format - a New York chef roaming the globe to experience new places, people, and the local cuisine.


An excerpt from the infamous French Laundry episode of "A Cook's Tour"
Bourdain's acerbic and brutally honest personality is either one of his most endearing qualities or a huge turnoff, depending on your point of view.  He certainly has his opini…
Read more

Jean
I'm an avid runner, and I enjoy running in road and trail races. When I am not running, I can be found cooking, reading cookbooks, enjoying a glass of wine, taking a hike, going on a road trip, or simply enjoying TV!